I am very happy to have finally completed the Laundry Day Tee from Love Notions and I like the end results. 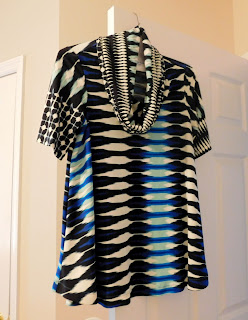 I must be the last person in the sewing world to have made this pattern. I acquired this pattern when first released. And there it set in my Love Notions folder. I did make several skirts from this pattern line and have several more patterns yet to make. There was always another pattern that moved to the top of my list.

In 2017, I was notified that the pattern was updated and added to my previous order. I downloaded the update. I decided to make the pattern last month; I used the 2017 pattern. I printed, taped, and traced on Swedish Sewing paper. Once I pin fitted I found some fitting issues with the underarms being way too high, which is not something I usually have. Normally, I have to raise the underarms. Also, the bust was going to be too tight and the FBA adjustment was to be too large. I decided to use the next size up for that area. Before that, I decided to read some current reviews of the pattern on Pattern Review. Also, another blogger informed me of an issue she had with the sleeves.

After checking PR reviews, I found there was a newer update that I knew about but forgot. I updated my version. The update included a front bodice piece for full bust sizes. This version IMHO was better drafted with improvement to the underarm also. The pattern is now available for a wide range of sizes.

More printing, taping, and tracing followed.  Even with the full bust piece I still needed an FBA adjustment. I eliminated the resulting dart which added more to the waist/hip area. Too much and I reduced that area by about an inch. I also reduced the length by an inch. During the basting and fitting process, I realized that I needed to shorten the length by another 1 1/4 inches. I am 5'2" and the pattern is obviously drafted for a taller person.

Between trips to take DH to the doctor for back treatments, I finally finished the top two days ago.

I truly like the fit of this with all the adjustments and will definitely make this again in the near future. If you are still reading along at this point, here are some photos of my new top. The fabric is from Fabric Mart purchased in 2013. My plan was to enter this in the fabric stash contest on PR but missed the deadline. 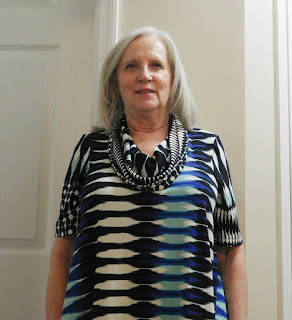 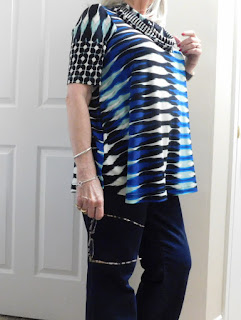 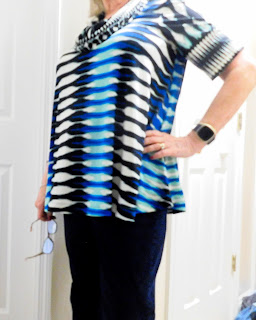 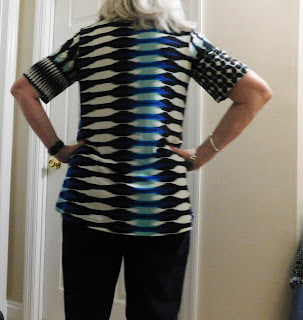 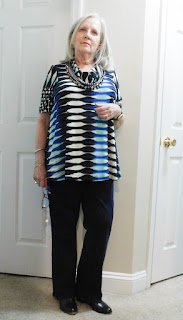 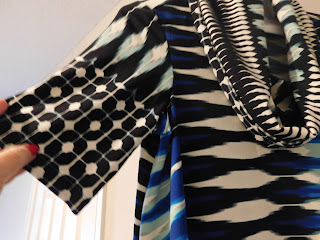 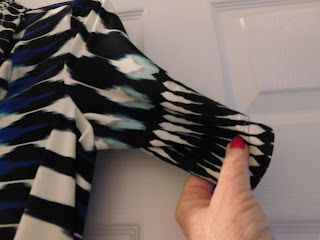 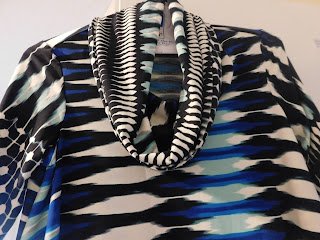 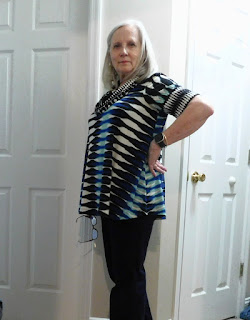 My last post was to let you know that we were in the process of moving. We physically moved on Nov 30. I had to finish cleaning up the house... 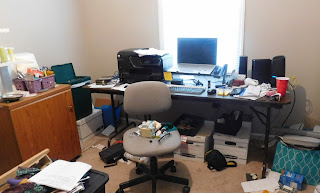