Last week I was out of town for a few days for business travel.  The rest of the week was a work week for h***.  The ending of the week was good as not only was my birthday coming up; it was a long weekend as I had today off as well!

So having some extra time this weekend, I completed my garment of the month which was the Kwik Sew top #4028 using a knit fabric from Fabric Mart. I am not all that happy about the top.  First it is too low at the neckline and I have to keep playing with the drape to get it to lay like I want.  I even raised the neckline 1.5 inches and still too low.  I have another drape neck pattern from KS that the neckline is too low as well.  I cut a medium in upper chest and shoulders switching to large at bust to bottom.  It was also way too long; I should have caught that during the fitting process.  After cutting off an 1inch and 1/2, I ended up hemming it another 1.25 inches and it called for 5/8 hem allowance.  Sleeves are cut on which were okay. 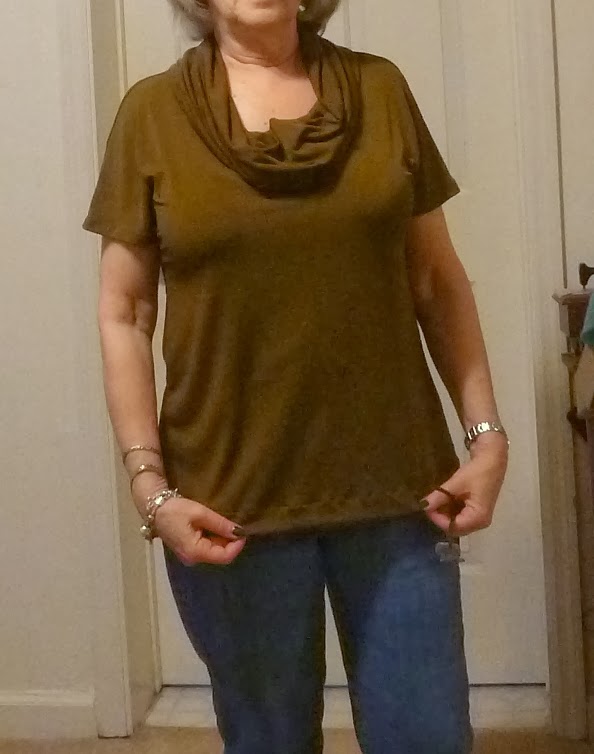 I cropped photo as I did not have on much make up and I looked really wiped out with out it.  Here is a view of the back. 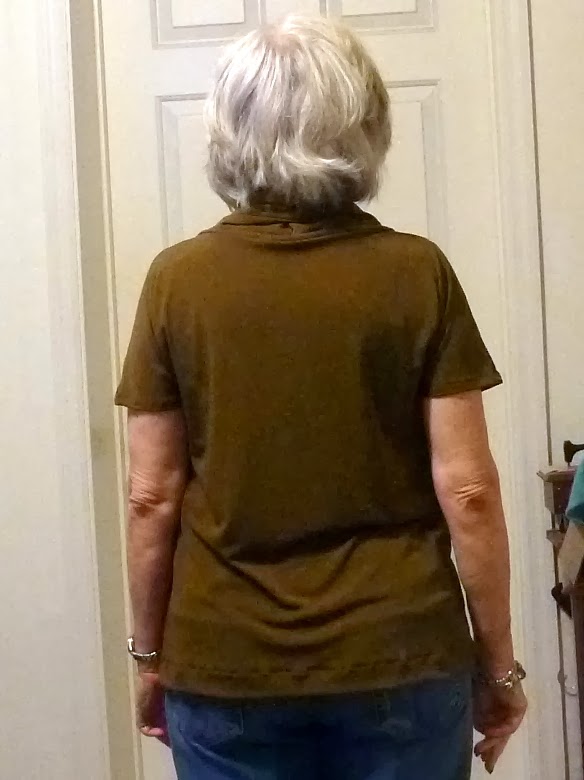 Even with sway back adjustment I needed to take out additional length in the back.  If I make this again and I doubt it, I will make that adjustment. 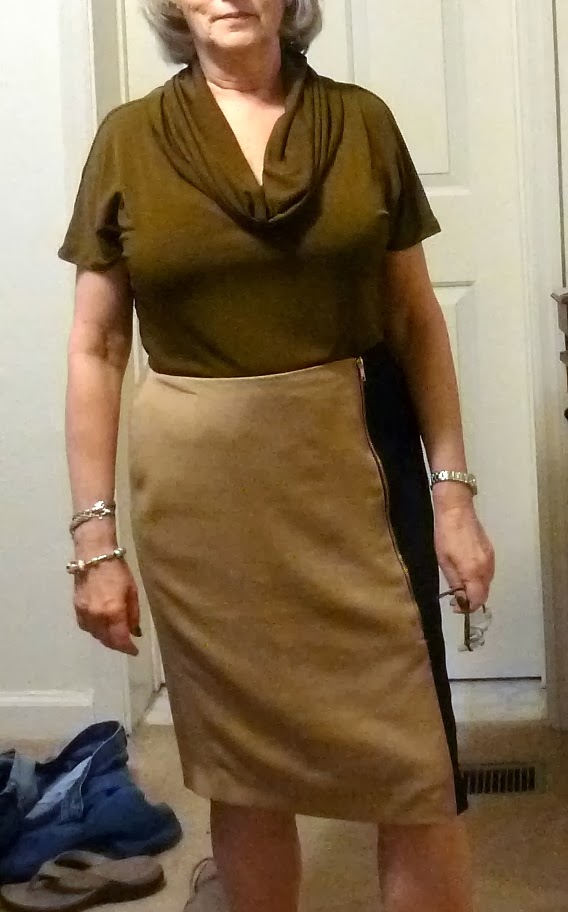 Sorry about the jeans and shoes in the photo above.  I was in a hurry to get some pictures taken.  Here is the top with black/camel skirt that I just don't like at all.  I have pressed and pressed this skirt and it still looks wrinkled.  I just can't get the fit right.

I know I sound "whiny" but I am just not loving my recent garment makes.

The other garment that I had not photographed is the McCall's 6844 oatmeal colored boucle knit. 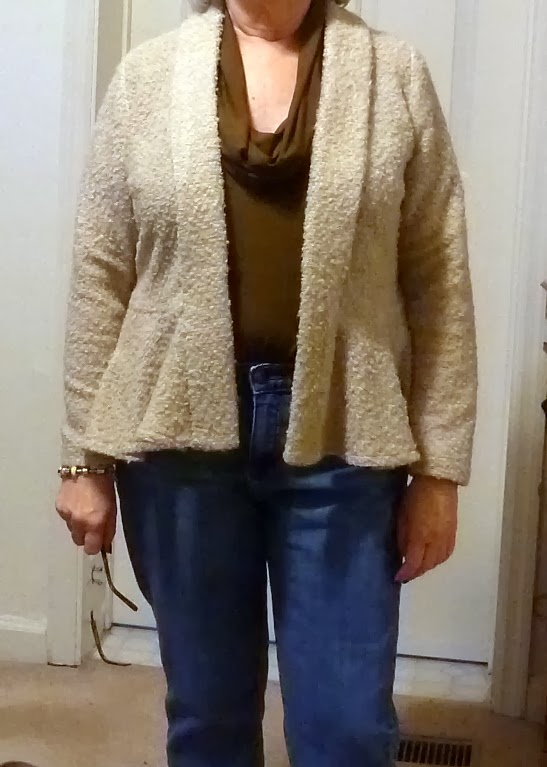 I have a love-hate going on with this jacket.  I should have cut off more from the shoulder.  The boucle knit is rather bulky and I ended up stitching the lapels from hemline to waistline as they would not stay folded back and that definitely added bulk to me!  Not the look I was going for. 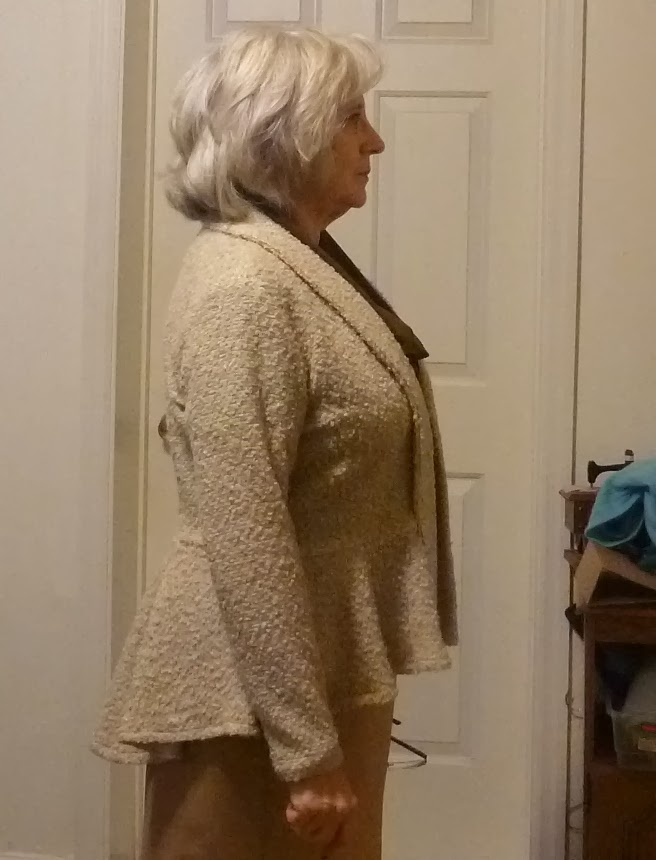 By stitching down the lapels it hangs better in the front. 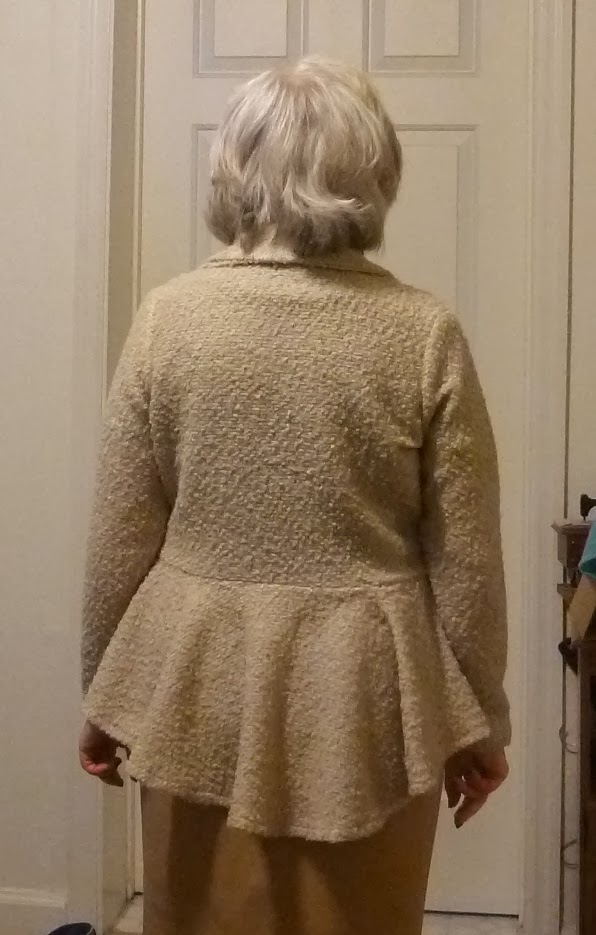 I wish I had trimmed off some of the length of peplum in the back.  I feel it is too long.  I realized also that when I took this photo I had not removed some pins where I had pinned a deeper seam at the back peplum thinking that was a solution to the back length; I am still thinking on that one.  Thus the right side is hanging somewhat "wonky".

I decided to sew something with more color today.  It is a knit fabric I acquired from EOSin 2013.  This picture does not do it justice. 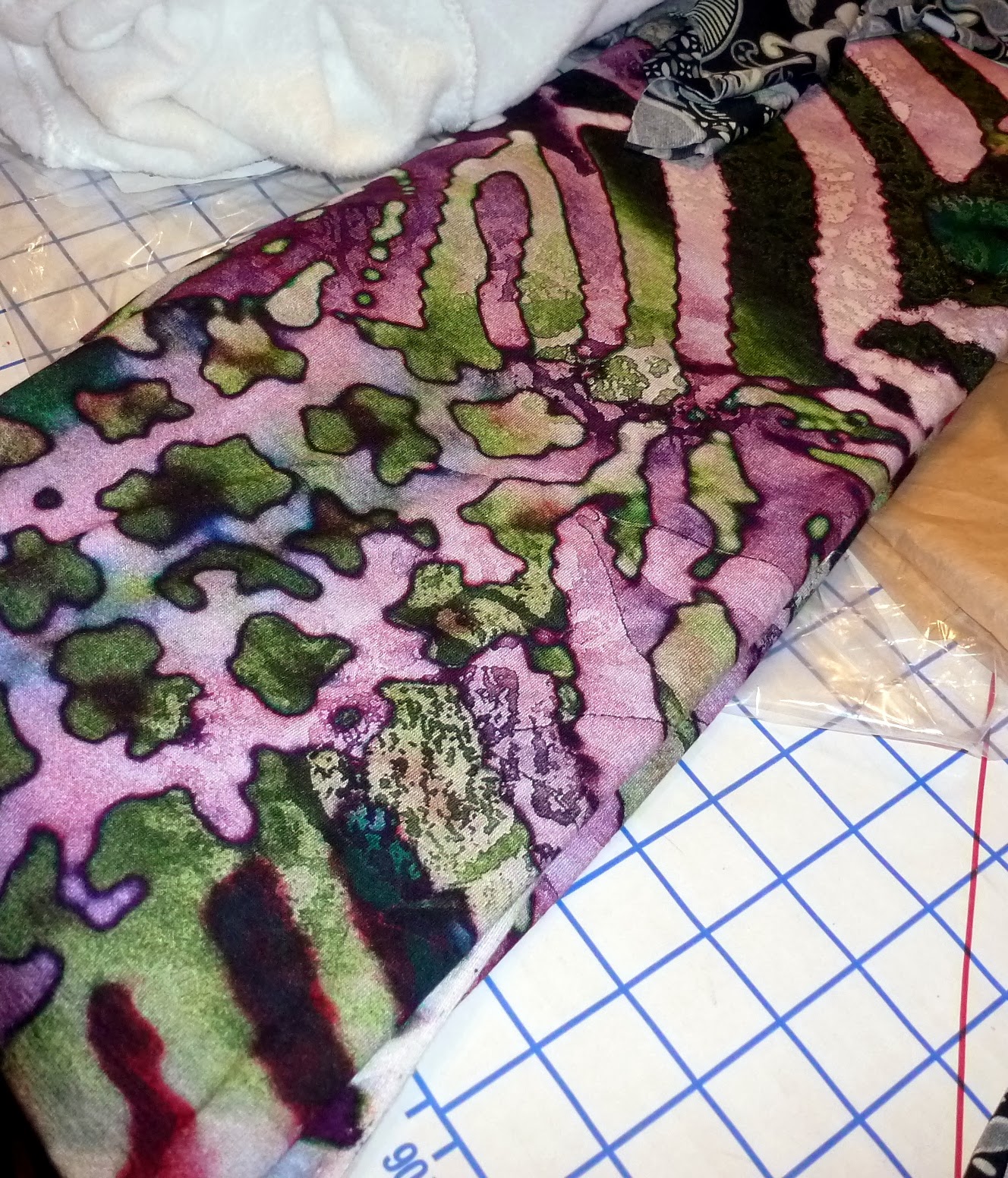 I am making the Renfrew cowl neck top from Sewaholic Patterns.  I made this one previously with good success and so far so good with this one.

So back to work tomorrow.  And possibly snow in our future.  Later.