reviewed on PR and fell in love with it!  I had a blue and white striped fabric that I thought would work perfectly! It was one that had been in my stash since 2013.

As I began the process of making adjustments to the pattern and began the layout, I realized that my stripes should have been vertical so the stretch would work with the bodice part.  Instead, mine was horizontal which made the yoke drape way to much and the bodice did not have enough stretch for the fabric to fall as I wanted.  I added to the side seams to allow for this but it just didn't work.

I am down to the wire on sewing for the 50-year reunion so this is now a wadder. 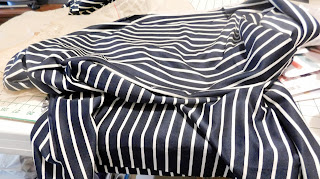 I will give this pattern another try later as I do have a vertical striped fabric that may work.  I have a couple of tops purchased as well as made previously that will work for this event. The big challenge is will the weather be cooler there than here.  The weather app I rely on seems to indicate such until I looked at it this morning and looks like temperatures went up a few degrees.

Thanks for stopping by!

Popular posts from this blog 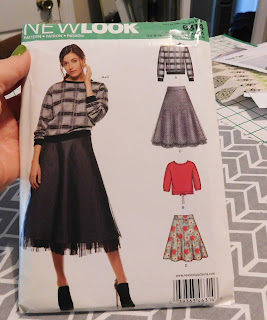 This was a project that turned into a wadder. Due mostly to the knit fabric that was just not right for this pattern.  I ordered a distressed knit to use for this project.
The fabric has been washed and is ready when I can get all the fitting adjustments to the pattern completed.  With the first project, I made forward shoulder adjustments as well as a narrow shoulder adjustment to front and back.  I did not make an FBA for the first project and after trying on the pattern again, I decided I did need 1 1/2 inch adjustment.  Also, I made a 5/8 swayback adjustment.
After making the FBA I realized that the bust dart had to be lowered by an inch. After trying the pattern on with these adjustments I decided that I need to adjust the neckline; currently, it is too wide and low.
Here's the pattern as adjusted without neckline adjustment.

Yesterday was my birthday-69 years young!!!  I decided to buy myself a gift and purchased from Stylemaker two not…
Read more

Let me count the adjustments! 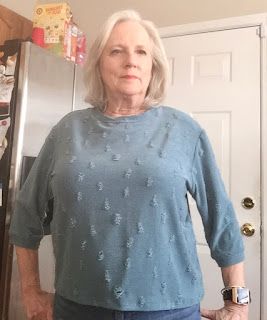 I finally finished the New Look 6314 top! I wore it yesterday. I liked the way the fabric felt and was comfortable to wear.  If you read my previous post(s) about this pattern then you know I made many fitting adjustments after making my test of this pattern.

So let's get started:

The bust dart ended up being too low after sewing shoulder seams and basting the dart and side seams. I started to adjus…
Read more 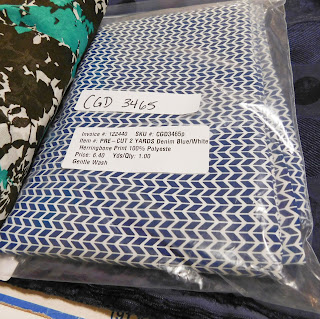 Moving on to my next projects.

I purchased this pattern, Butterick 6687 in 2019. I was drawn to the top the model is wearing and also like two other versions. The fabric I am using has been in my stash since 2016.

I purchased this when Fabric Mart had precut fabrics plus a pattern to go with it as a bundle.  I never made the dress pattern that came with it even though I had good intentions.  It was a McCall's pattern which I no longer have. This is 100% polyester so when it gets to be really hot, I doubt I will wear much especially with long sleeves.  I decided also that the next project would be a woven fabric and this was already in my sewing room.
I also have decided that once this is complete, I will tackle a pair of casual pants. I am going to use Simplicity 8389. I plan to sew View D, the orange pants. I am uncertain of the fabric I will use. They need to be somewhat drapey. I had thought about using the fabric above at first and knew that I would not be comfortable wearing …
Read more

Linda
Richlands, North Carolina, United States
Native of Danville, VA. I have lived in VA, TX, CA, FL, PA and now in North Carolina. I have been sewing since Junior High School. I like to sew fashion garments. I have made items for the Sulky Challenge and made numerous wearable art jackets, purses and vest in the past. Still a member of Roanoke Chapter of ASG as there is no ASG in my area 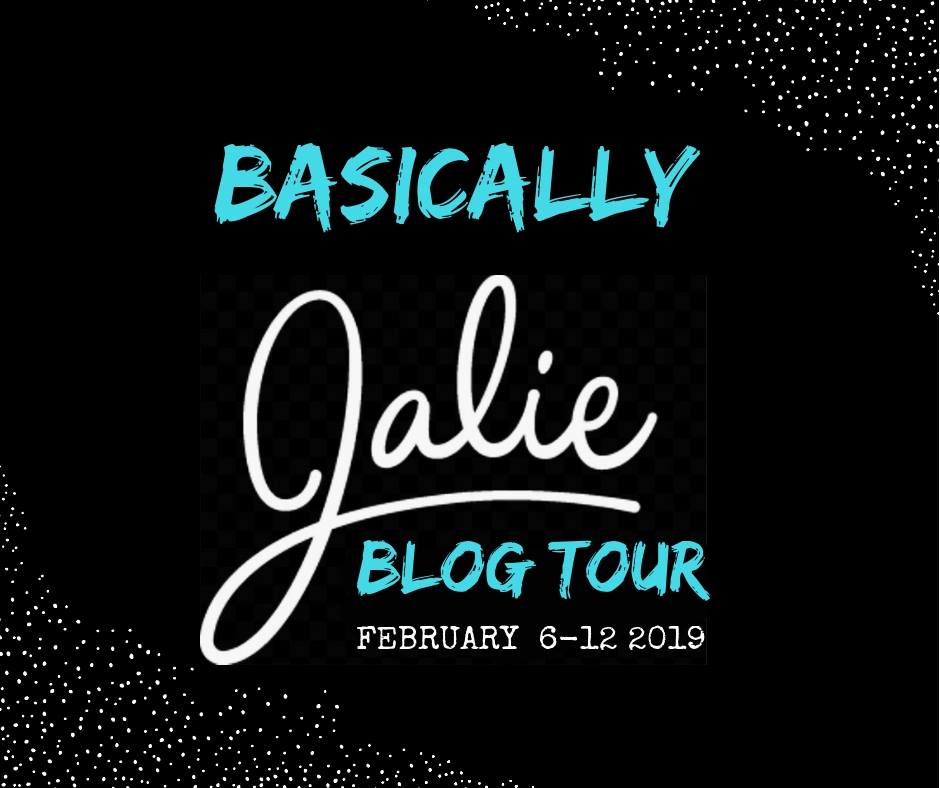